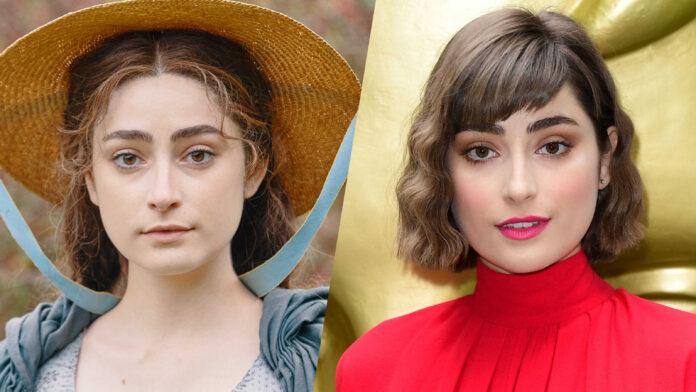 There are a number of talented young women from the UK acting industry. Some of these actresses are upcoming, while others are already established. Here are the names of some of the hottest young stars in the industry. Here are five young actors who you should watch out for in the near future. Read on to discover their names and where they got their start.

Ellise Chappell was born in Warwickshire, England. She grew up in a small town and attended the King’s High School for Girls. While there, she took acting lessons and soon landed some great roles in theater and film. Later, she moved to London to further her acting career.

Chappell has been busy with her career, working with a variety of different brands and acting in a variety of plays. She has even dabbled in modeling and has a number of endorsement deals to her name. Despite her success in the industry, Ellise Chappell has never opened up about her personal life. Her secret boyfriend is a professional cameraman and editor. The pair live together in North London.

The young actress has a devoted fanbase on social media, with more than 50k Instagram followers. She is also known for her role in the BBC One series Poldark. She also has many credits in the theatre, including The Merchant of Venice and Wuthering Heights. 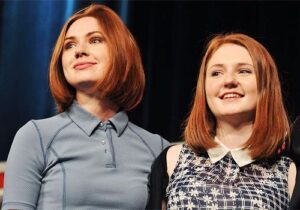 Caitlin Blackwood, UK actress, was born on 23 June 2000. She is best known for her role as young Amy Pond in Doctor Who. She is a cousin of Karen Gillan, who played the adult Amy Pond in the hit show. Blackwood had an audition for the role of young Amy at Gillan’s insistence. She was cast as the young version of the character and also appeared in flashbacks and a prison scene in series six.

Caitlin Blackwood started her career as an actress at the age of 10. She gradually gained fame and popularity in her profession. Her success in the profession brought her fame and recognition in many countries. She is now widely recognized in the UK and abroad. She continues to pursue her acting career.

Caitlin Blackwood was born and raised in Inverness, Scotland. She has starred in several movies, including the feature film Sundown, directed by Ryan Hendrick. She has also acted in the upcoming feature film, Lost at Christmas 2020. Her other acting credits include roles in Ill Manors and the feature film Our Ladies. 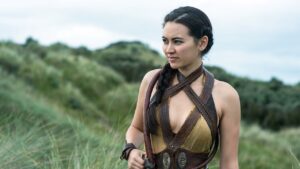 Jessica Yu-Li Henwick is an English actress and writer. She has starred in several TV shows and movies, including Game of Thrones and Star Wars. She has also portrayed Colleen Wing in Iron Fist and played the role of Bugs in The Matrix Resurrection.

The young actress was born on August 30, 1992, in Surrey, England. Her parents are of Zambian descent. She studied at Redroofs Theatre School, where previous alumni include Daniel Day-Lewis and Kate Winslet. She also performed with the National Youth Theatre of Great Britain. As a child, she studied piano and played the piano competitively.

Henwick’s TV appearances include the second season of the drama series Fortitude. The actress has also starred in the Netflix series Iron Fist. Her character has become a fan favorite. Henwick also appeared in comic book series Star Wars: Poe Dameron. In 2017, she joined the cast of sci-fi psychological thriller Fortitude. While she is not married, she enjoys spending time with her family. She also likes to share pictures of herself and her family on Instagram. 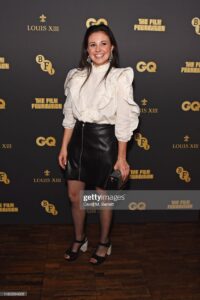 Jodie Tyack is a young actress who is from the United Kingdom. She is currently the age of *, which is the same age as she will be in 2022. She has performed in a handful of projects but has yet to be in a movie that has made her famous. However, all actors aspire to become famous, and Tyack is no exception. Despite her young age, Tyack has already made a name for herself in the British theatre scene.

The young actress has made several appearances on popular television shows. She appeared in the Harvey’s Furniture Store sponsorship bumpers on Coronation Street, and played Phoebe in Tom Basden’s comedy-drama Party, which ran for three series on BBC Radio 4. Her recent television appearances include writing and acting in the sitcom Bird Island, and starring in an episode of Sherlock. Tyack is currently starring as Mary in BBC One’s sitcom Ghosts.

In her illustrious career, young UK actress Stacy Martin has become one of the most exciting new faces in cinema. In her first feature film, she plays a young woman who suffers from a deranged sexuality. This role is an operatic exploration of female sexuality.

Martin’s debut was at the Venice Film Festival, where she starred in the film Nymphomaniac. Although she usually sticks to indie films, she also has a taste for big-budget productions. Her latest role is in the second Corbet film, Vox Lux, starring Natalie Portman. Apart from this, Martin is also working on a number of indie films.

Martin’s next film project is an adaptation of the 1975 novel by JG Ballard, and stars Tom Hiddleston, Sienna Miller, Elisabeth Moss, and Mark Ruffalo. Her role is that of a young woman who falls in love with the father of a wealthy man. In the film, she plays a part that reflects the class divide of society, focusing on the rich and the poor.

Florence Pugh is an Oscar-nominated actress who was born in Oxford, UK. She has starred in a number of films, including Fighting With My Family, Midsommer, and Little Women. Next, she will appear in the upcoming drama Don’t Worry, Darling. Born in Oxford, Pugh spent much of her childhood in Andalusia, Spain. She currently lives in Los Angeles with her boyfriend, Zach Braff.

Florence Pugh was born on 3 January 1996 in Oxford, UK. Her pro acting debut came in the 2014 film The Falling, which won her a British Independent Film Award. She has since been nominated for two British Film Academy Awards, and won the Chopin Trophy at the 2019 Cannes Film Festival. Florence Pugh will also star in the Marvel Cinematic Universe film, “Black Widow.”

Florence Pugh has an impressive resume, with films such as Midsommar, which chronicles a young woman’s emotional turmoil. The actor also portrayed a young woman wrestling in Fighting With My Family and won an Academy Award nomination for the latter role. Florence Pugh has also been a part of the hit television miniseries The Little Drummer Girl.